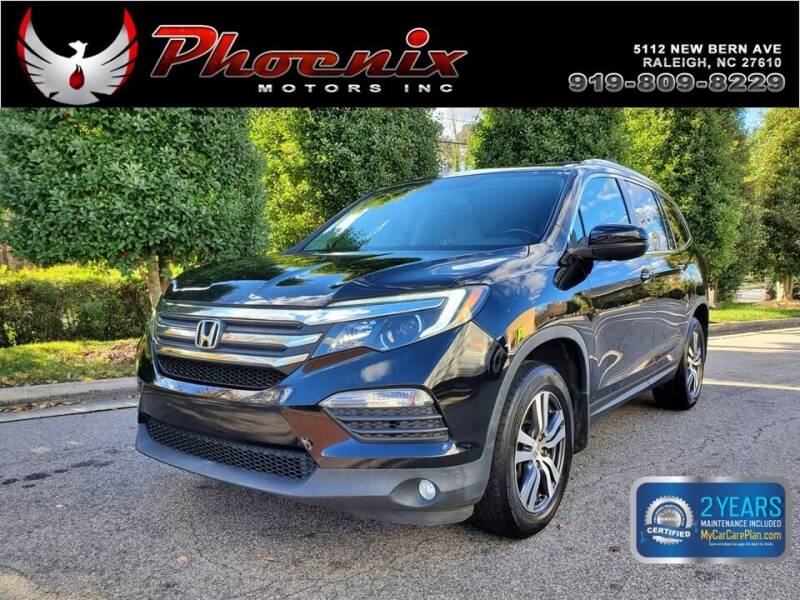 The 2018 Honda Pilot SUV has a lot to offer shoppers in the market for a family hauler. For basic family transportation, the base LX Pilot makes a lot of sense. It might be the entry-level trim, but it definitely isn't bare-bones. Standard features include a 3.5-liter V6 engine (280 horsepower, 262 pound-feet of torque), a six-speed automatic transmission, 18-inch alloy wheels, air conditioning, a tilt-and-telescoping steering wheel and a 60/40-split folding third-row seat. Technology features include a 5-inch central display screen, a seven-speaker sound system, a rearview camera, Bluetooth, an auxiliary audio jack and a USB port. If you're looking for a few more tech and safety features, then you should probably step up to the EX. It adds automatic headlights, foglights, LED running lights, heated mirrors, remote engine start, the Honda LaneWatch blind-spot camera, dynamic guidelines for the rearview camera, three-zone automatic climate control and a power-adjustable driver seat. Also included with the EX is an Intelligent Traction Management system (adds a Snow mode for the front-wheel-drive version and Snow/Sand/Mud modes with AWD), an 8-inch touchscreen interface, HondaLink smartphone-enabled features, and an upgraded seven-speaker sound system with two additional higher-powered USB ports, satellite radio, Apple CarPlay and Android Auto compatibility, and Pandora internet radio control. Although much of its equipment is the same as in the EX, the EX-L gets several creature comforts that make it worth a closer look. It adds a sunroof, a power tailgate, a noise-reducing windshield, a leather-wrapped steering wheel, leather upholstery, one-touch sliding second-row seats, a power-adjustable front passenger seat, heated front seats and an auto-dimming rearview mirror.